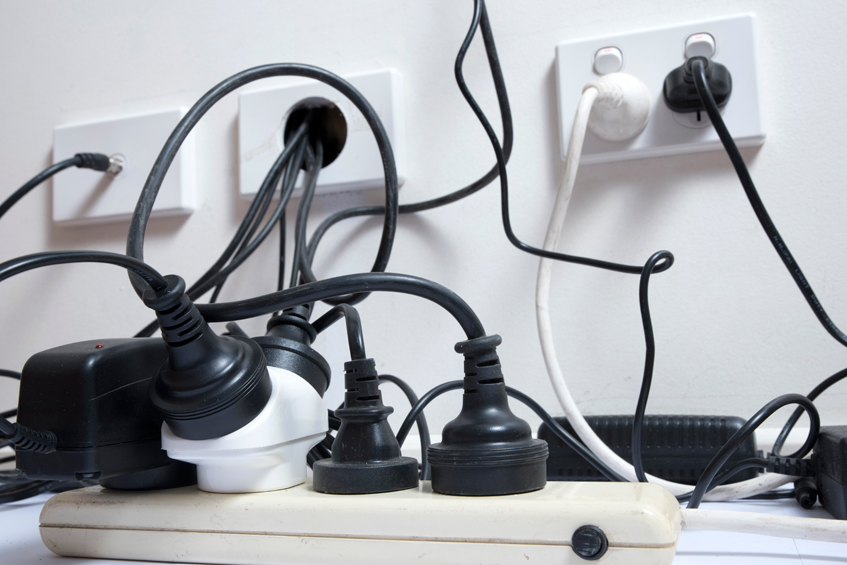 Then there’s the issue of daisy-chaining. Daisy-chaining power strips together by plugging multiples into each other is simply asking for trouble. It’s a violation of most safety codes.

Put your hand in the air if you’ve every used power strips improperly.

Bob Vila, America’s home improvement guru, cautions homeowners to think twice about plugging cooking appliances into power strips. So many kitchen appliances require lots of power and cycle on and off. Refrigerators being the topmost example. Then there’s slow cookers and crockpots intended to operate unattended all day long. In a perfect world, you fill your slow cooker with all natural ingredients and a handful of spices in the early AM and then return home from work at day’s end to take in the scent of a grand dinner that’s fully prepared and hot. Add some toasted garlic bread to the brisket and it’s a meal to remember.

The thing is that using power strips to plug in the cookware is a bad, bad decision.

Your toaster, which basically is a frame of metal filled with lots of fine wiring, throughout that makes it does what it does best: toast. But a toaster gets red hot and that can cause a power strip to overload.

Bottom line: kitchen equipment large and small should be plugged directly into a wall outlet to avoid tripping the circuit or worst case, starting a fire.

SURGE PROTECTORS
Surge protectors may look just like power strips, but not all are. Online-tech-tips.com urges readers to protect against surges (electrical) by using power strips safely. When you spend a small fortune on your electronics, you don’t want them blown broke by a power surge. A surge increases the electrical charge in the power lines that increases the current coming in through the wall outlet. It can happen during storms or from construction or just because.

Personal note: It was the early 1990s. This author once spent a full day writing a magazine article. She got so wrapped up in her work that she forgot to save the copy. A storm hit and the building lost power and the computer shut down. This was long enough ago that there was no such functionality to save the story in progress. It was, she says even now, the best story she’d ever written. The rewrite never compared.

EXTENSION CORDS
Some 3,300 home fires originate from extension cords each year, killing 50 people and injuring 270. Since 1994, the Electrical Safety Foundation International (ESFI) has promoted electrical safety at home and in the workplace with the following tips:

If you are reliant on extension cords or need more outlets to accommodate your appliances and electronics, call Allstar Electrical to install more cords where you need them throughout your home and/or office.